On Thursday, November 7, 2019, retired UH Manoa Nursing director for community partnerships, COL (Ret) Stephanie Marshall, and her husband COL (Ret) Dr. Chuck Miller announced the establishment of the Marilyn Wilcox Endowed Nursing Scholarship, in honor of COL (Ret) Marshall’s mother. This multi-year scholarship will support veterans, active duty military students and their spouses or children, who are pursing a degree in nursing at UH Manoa. The scholarship announcement was timed with the annual UH Manoa Veterans Day Celebration held on the lawn of Hawaii Hall, coordinated by the Office of Veteran Student Services.

COL (Ret) Marshall and COL (Ret) Miller are both 30-year veterans of the U.S. Army Medical Department. COL (Ret) Marshall retired as Deputy Commander for Nursing at Tripler Army Medical Center in 2005 and served as Director for Community Partnerships for the next 10 years at UH Manoa Nursing where she retired in 2016. They are both deeply committed to supporting active duty military and veterans. 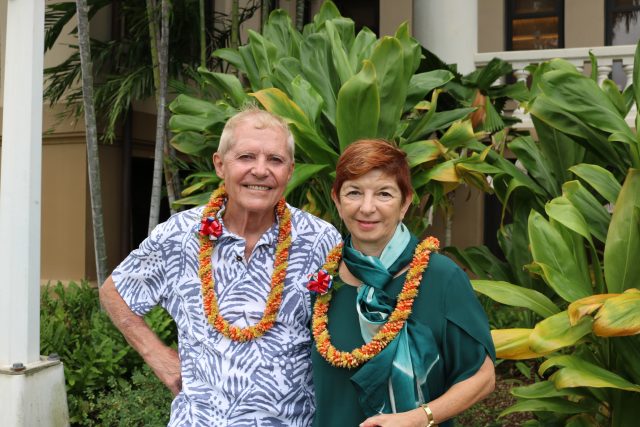 During her time as Director for Community Partnerships, COL (Ret) Marshall served on numerous scholarship selection committees and had the opportunity to read student letters that addressed their educational goal and dreams, and the financial struggle that comes with that journey. 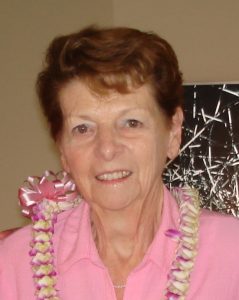 Marilyn Wilcox spent the last fifteen years of her life in Hawaii. After her mother’s passing in 2015, COL (Ret) Marshall and COL (Ret) Miller wanted to find a way to honor her, Marilyn Wilcox, and give back to student veterans and their families. COL (Ret) Marshall knew the positive impact that scholarship can have on students and was inspired to connect memorializing her mother and supporting others as they work towards their dreams of a nursing career. It was an especially fitting match because Marilyn had devoted her life to caring for others. As a young woman, Marilyn cared for her mother-in-law who was bedridden from a severe stroke for 14 years at home. With only the help from a doctor who made monthly visits and mentoring from a relative who was a nurse, she provided her mother-in-law with the best possible care. Through her actions, she instilled a passion for nursing in COL (Ret) Marshall and inspired her to become a nurse.

Marilyn had a deep respect for the military and admiration for the servicemen and women who serve our country. She was well known amongst the Tripler Nursing staff and was a hanai (adopted) mom to many. COL (Ret) Marshall and COL (Ret) Miller know that Marilyn would feel fulfilled in continuing to support military connected students pursing careers in nursing through this scholarship.