Honolulu, Hawaii (December 2, 2014) – The American Academy of Nursing has inducted COL (Ret.) Stephanie A. Marshall, RN, MSN, as a Fellow during the Academy’s 41th annual meeting on October 18, 2014, in Washington, DC. COL Marshall is an assistant professor and director of community partnerships at the University of Hawaii at Manoa Nancy Atmospera-Walch School of Nursing. 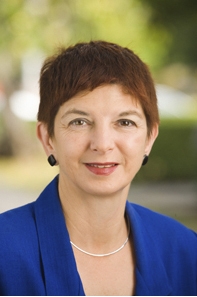 COL Marshall is responsible for building and managing innovative and strategic academic practice initiatives across the public and private sectors. She led the effort to establish a successful Veterans Affairs (VA) Nursing Academy (VANA) partnership of UHM Nursing, Pacific Islands VA Health System, and Tripler Army Medical Center, the first VANA to unite the Department of Defense and the VA at the regional level.

Prior to her retirement from the Army Nurse Corps, COL Marshall had a distinguished military career of thirty-two years cumulative as Deputy Commander for Nursing at Tripler Army Medical Center, and interim Hospital Commander. An outstanding mentor to countless Army Nurses, she was a key figure in shaping future leaders of the Army Nurse Corps. She played a vital role in the redesign of combat medical training to ensure skilled medical intervention for soldiers on the battlefield. COL Marshall established an international network for nursing and led the nursing efforts in annual medical conferences in the Asia Pacific region.

She is a member of the American Organization of Nurse Executives, Oncology Nursing Society, Sigma Theta Tau, and American College of Health Executives. COL Marshall has received numerous honors through the years, including the prestigious Anita Newcomb McGee Award as the Outstanding Army Nurse of the Year and the Duane D. Walker Nurse Leadership Award from the Hawaii Chapter of the American Organization of Nurse Executives. 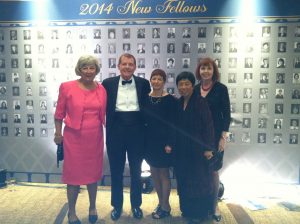 “The body of Stephanie’s work in leadership is extensive. Her career trajectory includes positions in direct care, executive leadership, and faculty. As demonstrated by the impact of her leadership in practice, Stephanie is visionary in her efforts to create a bright future for nursing,” said UH Manoa Nursing Dean Mary G. Boland, DrPH, RN, FAAN. “She is never content with the status quo and strives always to challenge those around her to move forward. She is an outstanding nursing leader whose distinguished career represents the ideals of the AAN and our Fellows.”

The Academy is composed of more than 2,000 nurse leaders in education, management, practice, policy, and research. The Academy Fellows include hospital and government administrators, college deans, and renowned scientific researchers. With this new class, Fellows will represent all 50 states, the District of Columbia, and 19 countries. Selection criteria include evidence of significant contributions to nursing and health care and sponsorship by two current Academy Fellows. Applicants are reviewed by a panel comprised of elected and appointed Fellows, and selection is based, in part, on the extent the nominee’s nursing careers influenced health policies and the health and well being of all. New Fellows will be eligible to use the credentials FAAN (Fellow of the American Academy of Nursing) after their induction in October.

About American Academy of Nursing
The American Academy of Nursing serves the public and the nursing profession by advancing health policy and practice through the generation, synthesis, and dissemination of nursing knowledge. The Academy’s more than 2,000 fellows are nursing’s most accomplished leaders in education, management, practice, and research. They have been recognized for their extraordinary contributions to nursing and health care. www.AANnet.org

About UH Manoa Nursing
UH Manoa Nursing, the Nursing Capitol of the Pacific, is the leader in nursing education and research in Hawaii with outreach to Asia and the Pacific Basin. We support the mission of the University of Hawaii at Manoa: to provide an innovative, caring and multicultural environment in which faculty, students and staff work together to generate and transmit knowledge, wisdom, and values to promote quality of life and health for present and future generations. The school offers the BS, master’s, and doctoral programs. To reflect Hawaii’s unique cultural diversity and heritage, UH Manoa Nursing is committed to increasing the representative of Native Hawaiian and other underserved people in all nursing programs. Visit us at www.nursing.hawaii.edu. 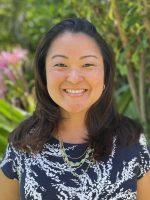