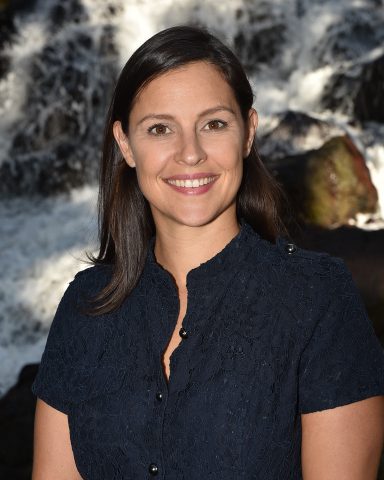 Laura Reichhardt, MS, APRN, AGPCNP-BC, was named a recipient of the HealthImpact and The DAISY Foundation’s DAISY Nurse Leader Awards in Policy. The award honors nurses whose work in policy advances compassionate care that improves population health, according to The DAISY Foundation. A national panel of health care policy experts selected five individuals and one team for this inaugural award.

Reichhardt has led and advocated for improving the health of the state’s population as Director of the Hawaii State Center for Nursing (HSCN) since 2015. During this time, she has worked with the Hawaii Legislature to enact more than 25 bills that have enabled Nurse Practitioners (NPs), licensed in Hawaii as Advanced Practice Registered Nurses (APRNs), to practice to the full extent of their education. This has resulted in providing health care access to residents throughout the state who might have limited to no options otherwise. Access to care, especially in rural island settings, is a significant problem recognized by the Hawaii Legislature. However, Reichhardt’s efforts have contributed to drastically increasing the number of APRNs statewide. The number of APRNs on all islands has increased, with 100% of those on the islands of Hawaii, Maui, and Kaui working in federally defined medically underserved areas. Thanks in large part to Reichhardt’s efforts, more than 90% of APRNs in Hawaii hold prescriptive authority, and more than 88% care for Medicare or Medicaid patients in a typical week.

Another major accomplishment: addressing the shortage of quality preceptors for nursing students. Reichhardt conceptualized an idea that would provide a state income tax credit for preceptors and build a coalition of leaders within the nursing, medicine, and pharmacy schools. She tirelessly advocated with legislators, state agencies, educators, and employers to garner support for the idea and, in 2018, the legislation was signed into law.

Even with these major accomplishments under her belt, Reichhardtʻs work did not stop.

“A hallmark of Laura’s involvement in policy is that she is not content to get legislation signed into law,” says Mary Boland, Dean of the University of Hawaii at Manoa Nancy Atmospera-Walch School of Nursing. “She stays engaged to ensure regulation and implementation to maintain fidelity with the legislative intent.”

This is evident in her work on the inclusion of NPs in medical aid in dying proposals. Not only did Reichhardt work to get NPs included, but she and her team continually work to ensure these NPs are complicit with the Nursing Code of Ethics and standards for safe quality care delivery.

“Laura personifies that rare combination of intellect, personality, and persistence that inspires others to follow,” Boland says. “She is a servant leader committed to increasing access to compassionate nursing care. From her days as a student intern in the state legislature, she has built the personal and professional relationships that are so critical to success in policy work.”