On Wednesday, November 6, 2013, the UH Manoa Nursing Alumni Association hosted its 2nd Annual Alumni Homecoming Pau Hana event at Bonsai Restaurant and Lounge at Restaurant Row. More than 30 alumni, friends, donors and administrators attended the mixer where all enjoyed delicious local-style pupu. Nursing alumni from the Class of 1969 to the Class of 2011 were present, including many who are current UHM Nursing faculty or UHM Nursing Alumni Association board members. UHMNAA was pleased to welcome scholarship donors Dr. Lawrence K.W. Tseu, Colonel Harold Kuwahara from the Military Officers Association of America, Hawaii State Chapter, and Cindy Kamikawa (MS ’90) from The Queen’s Medical Center. 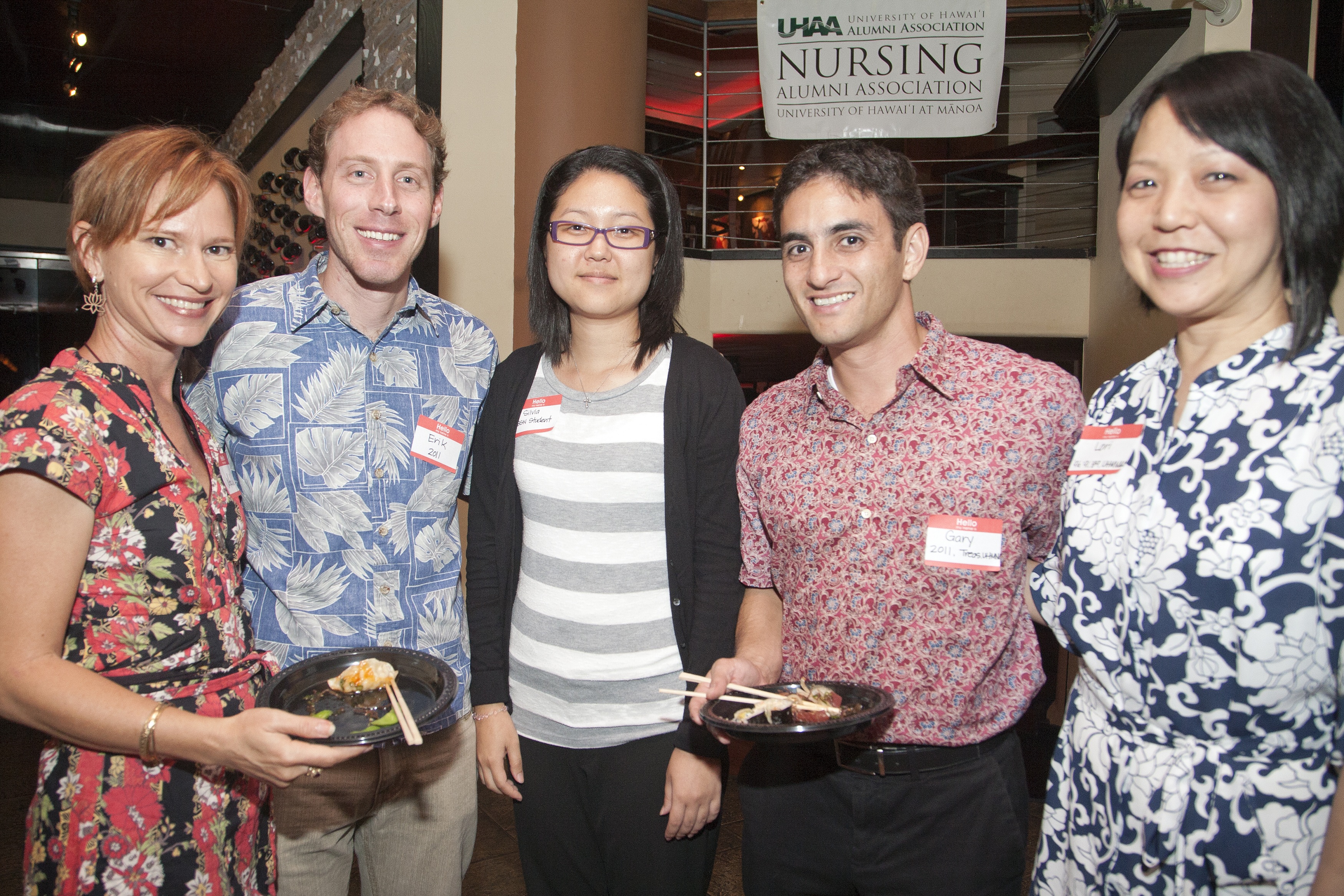 Chapter President Sally T. Ishikawa (BS ’70, MPH ’90) welcomed guests and thanked them for their support as UHMNAA continues to develop its event programs and build membership. She also announced that on November 1, 2013, University of Hawaii Alumni Association presented UHMNAA with its Chapter of the Year award at the UH Wahine volleyball game. The board members were thrilled to be acknowledged for their hard work and are energized to continue the momentum into the new year.

Donations towards the Nursing endowed scholarship are currently being accepted. If you are interested in donating towards the alumni fund, please send your contributions to UH Foundation directed to the UHMNAA Endowment Scholarship Fund. Ishikawa also acknowledged the Nursing Class of 1963 Golden Scholars who have individually contributed more than $800 to kick-start the endowed scholarship fund. The event concluded with fun door prize giveaways and lots of discussion about the Spring 2014 fundraiser event.

UHM Nursing alumni and supporters are encouraged to join the chapter. For more information visit our website or find us on Facebook. View the entire photo gallery on Facebook.