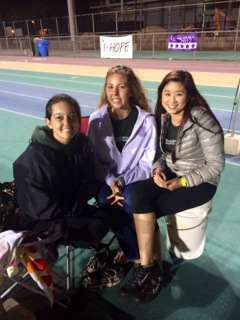 On Saturday, April 12, 2014, the American Cancer Society’s 9th Annual Relay for Life at UH Manoa was held at T.C. Ching Field. This year’s theme was “board games” and UH Manoa Nursing was represented by 11 students who joined team “Nursing for a Cure” – a team that we hope will live on in the years to come.

In just three months, students raised about $3,305 to support the American Cancer Society! This includes money raised from a bake sale held on the night of the event. Even though the weather was not the greatest, team “Nursing for a Cure” stuck it out and stayed the entire night – walking countless laps in support of cancer awareness. “Nursing for a Cure” raised the 3rd highest amount of money for this year’s event. UHM Nursing’s Student Nurses Organization welcomes all who are interested to join us again next year in the fight against cancer! For more information contact Department Chair Clementina Ceria-Ulep at clem@hawaii.eduor (808) 956-5225. 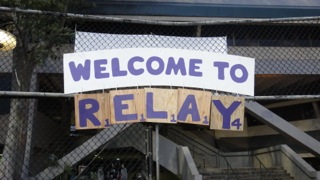